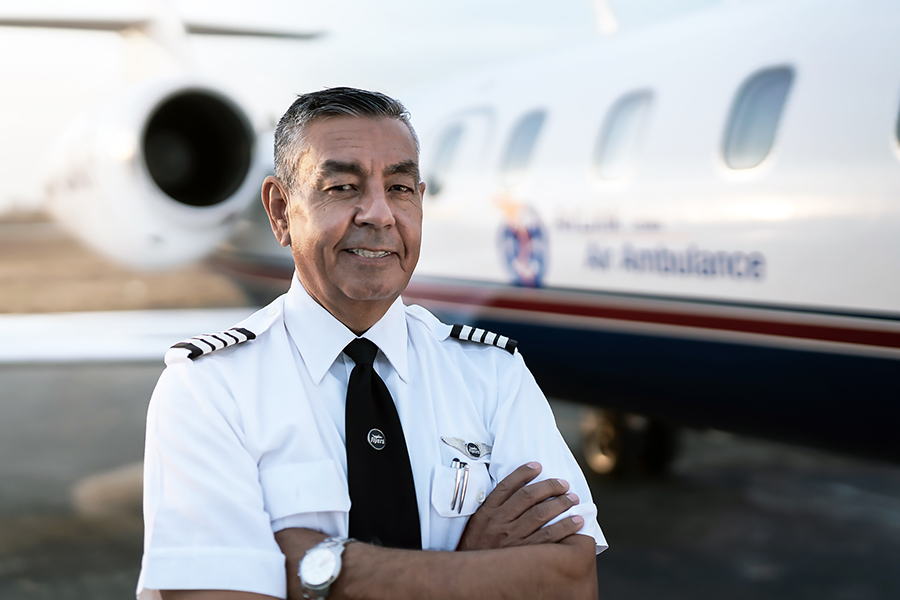 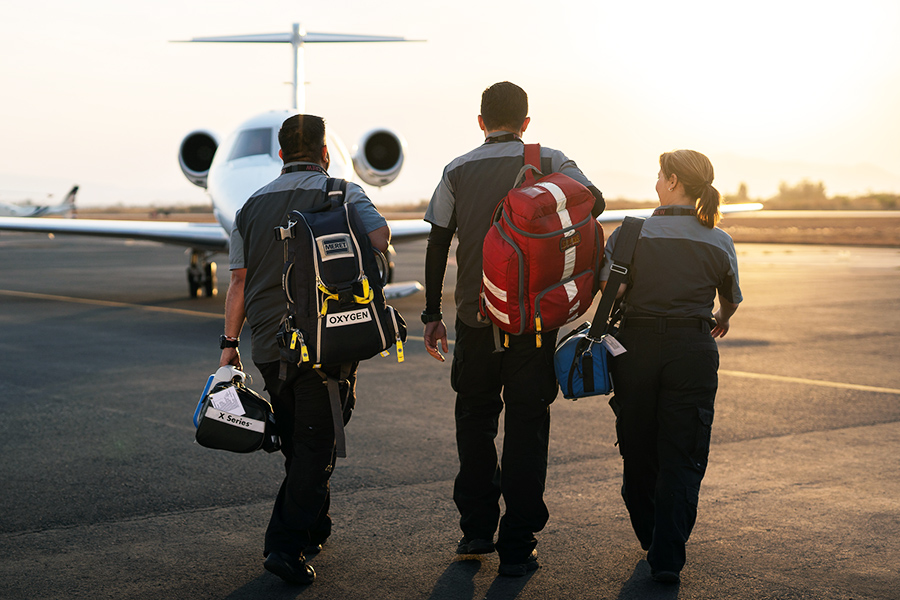 AirLink Ambulance is part of the USMX Holding Group, which also includes a private charter division; AirLink Executive, a cargo division; AirTribe, an aircraft maintenance and administration division; AirLink Aircraft Maintenance, and an assistance division; Assistance Services of the Americas (ASA).
AirLink Ambulance is the company’s commercial name, and is officially registered in Mexico as ‘Personas y Paquetes por Aire S.A. de S.V.’ (PPA), our official aircraft operator in Mexico.
AirLink’s story starts more than 20 years ago, and has developed over the years to be a success story in the air ambulance industry in the American continent. Based in Guadalajara, Mexico, the company has performed over 3000 successful missions worldwide. AirLink Ambulance provides bedside-to-bedside air ambulance transportations and commercial medical escorts all year round. We are dedicated to bringing critically ill or injured patients back home or to a more adequate medical facility. Chosen as a preferred provider for embassies, cruise lines and major insurance companies, AirLink has proven to be among the best in the country and continent.

In addition to providing excellent air ambulance service for critical patients suffering from almost any kind of medical condition, AirLink Ambulance is proud to be an expert in highly specialized services. With the European Aeromedical Institute (EURAMI) AirLink received special endorsement accreditations for Adult Critical Care and Pediatric Critical Care. Next to these specialties, we collaborate with specialists in a broad field, such as Neonatal specialists, Pediatricians, Trauma surgeons, Cardiologists and ICU physicians. Together with ECMO ECLS Mexico AirLink is able to perform the highly specialized ECMO service. 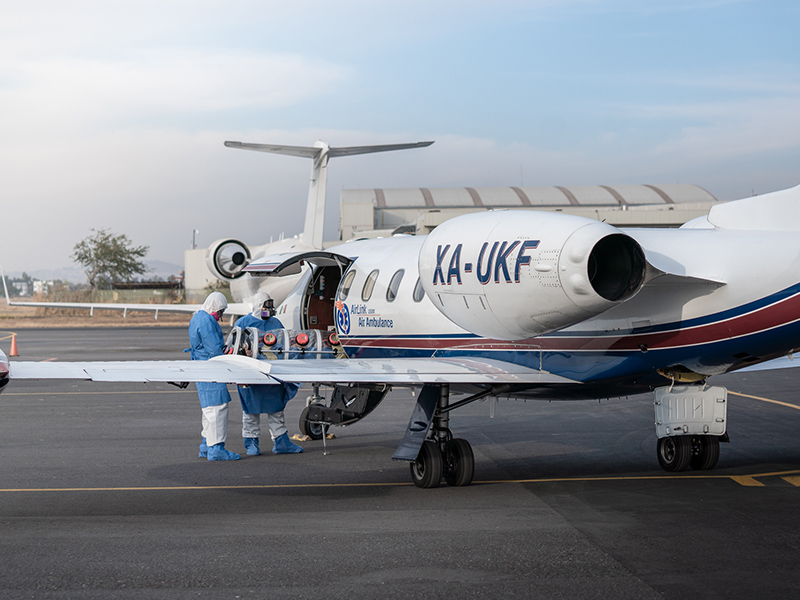 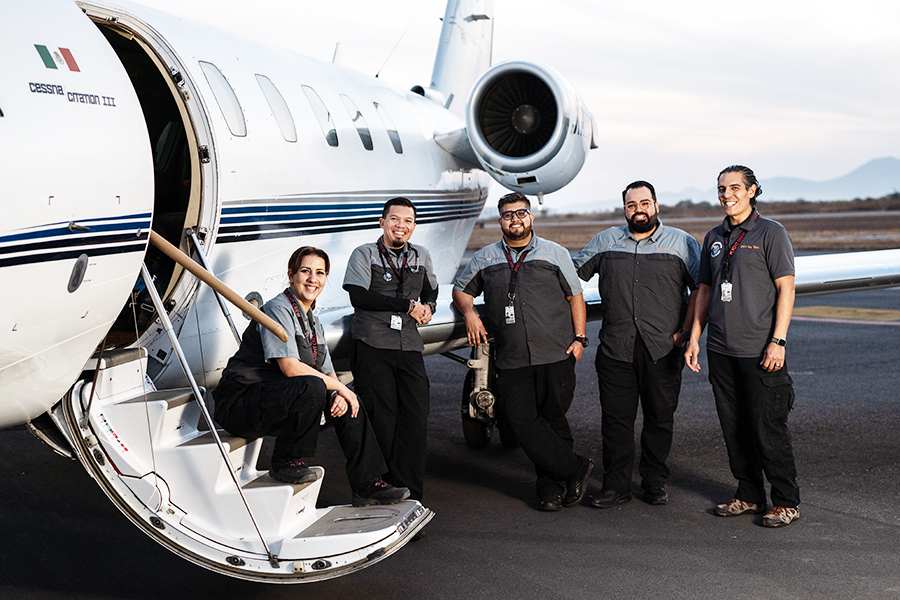 With the most experienced and respected medicals in the industry, we have been recognized in numerous testimonials for our compassionate and high-quality care. Most of our pilots and medical crew have been working with us for over 10 years, demonstrating their passion and dedication for the company. AirLink’s medical professionals include physicians and paramedics, all trained (and several instructors) in Advanced Life Support, Respiratory Therapy and Flight Physiology. Our medical crews are experts in the operation of portable Advanced Life Support (ALS) equipment. All of our physicians and paramedics are continuously trained and are fluent in both English and Spanish.

All off our staff holds integrity as our most important value. The safety of our patients and family members will always be put first.

We offer feasible, legal and concrete solutions to our clients. Managing expectations and clear communication is key within all of our departments.

We have decades of accumulated experience and are committed to meeting our client’s highest expectations. To ensure quality at all times, our medical crew and pilots receive continuous education all year round.

We always strive to collaborate with the best partners in our industry and keep close relationships within the company and in the field. This way, we guarantee we will always offer the best service possible, which is our highest goal at AirLink Ambulance.

We operate Cessna Citation III and Learjet 35 in our fleet

These have been proven trustful and effective aircraft for our highly specialized missions.

Our aircraft are fully equipped intensive care units and all medical staff and equipment are customized to the patient’s particular needs. AirLink uses the most reliable and sophisticated equipment available on the market. All equipment undergoes regular testing, maintenance and replacement. Medical equipment managed by AirLink includes mechanical ventilators, defibrillators, intubation kits and isolation pods for patients with infectious diseases like Covid-19. 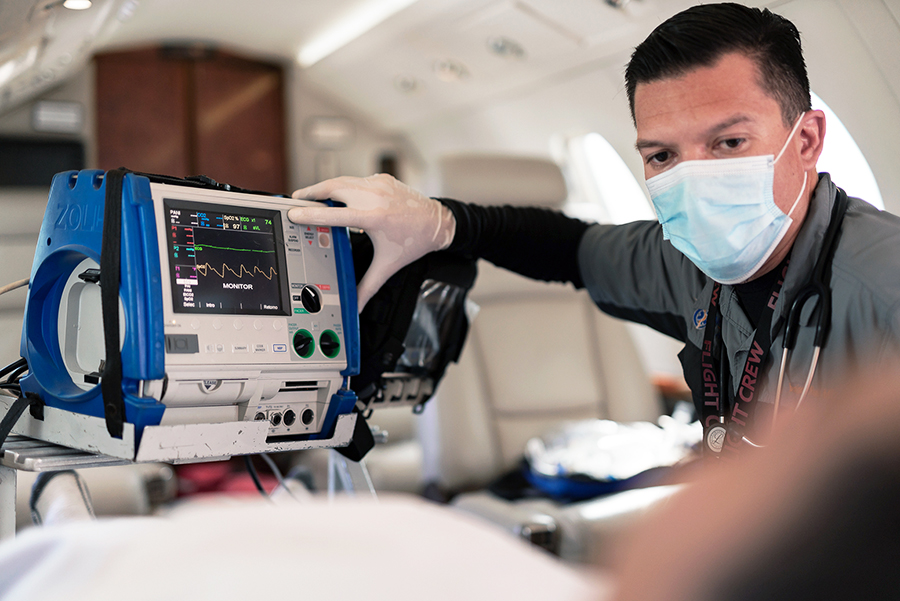 Sign up now and stay tuned about the latest news of the air ambulance industry and updates of our medical services.